Our level 3 Engineering students have greatly impressed staff and all who have seen their work this year. Their innovative work, culminating in ground-breaking innovations developed with the support of their teacher, Dr Afrouz Mehr, has hit new heights and tested their skills as engineers to the fullest. We are proud to say that these young engineers have risen to the challenges and their innovations would not be out of place in industry not to mention Dragon’s Den. 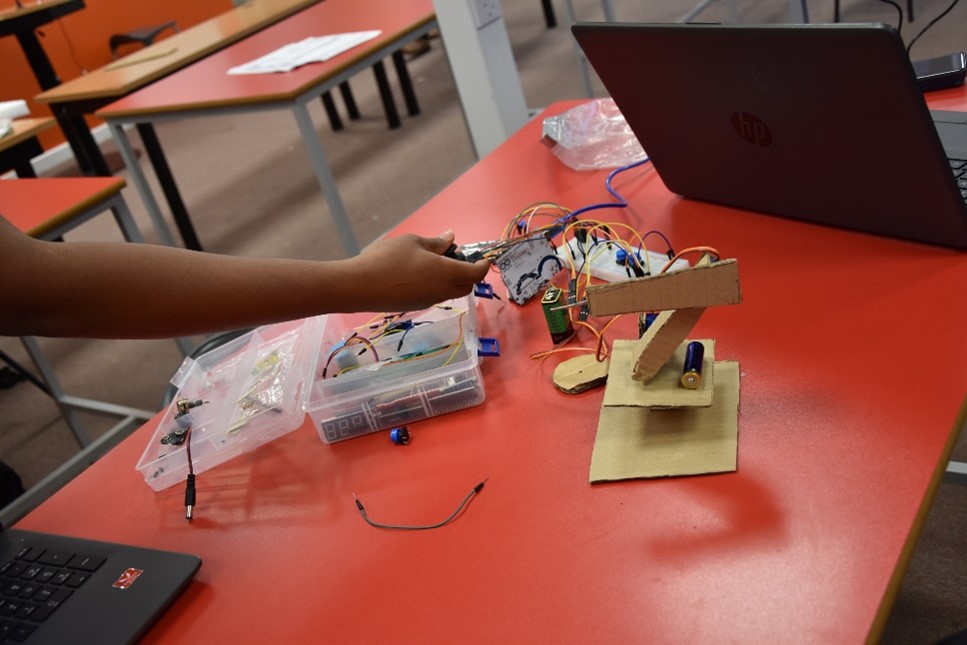 The savvy students had been tasked with proposing an engineering project through research and problem solving. While meeting specific criteria such as the use of technical and analytical engineering knowledge and skills and/or industrial application, they devised devices to solve an existing problem. These could be comparable to an existing model but must have added innovation and improved features.

Level 3, year 2 student, Moiz developed a working robot arm with motors and cartons (recycling) and used the Arduino programme to engineer controls which made it work. Moiz’s innovative model could be used in industry such as in car manufacturing and it boasted additional features such as drawing and laser cutting components. 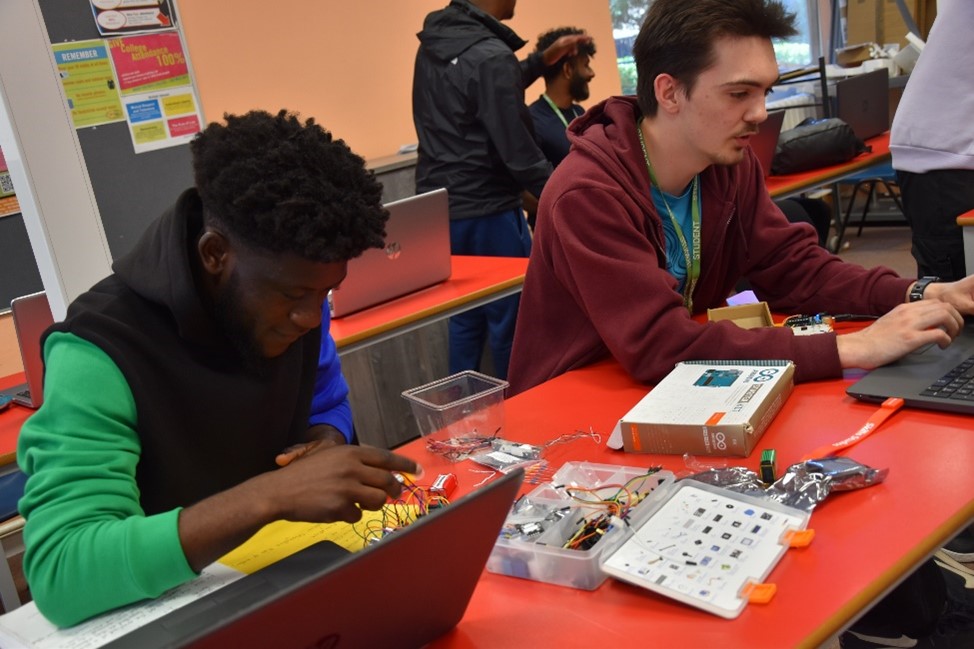 Student, Yusif, made a rescue car which could be used to enter areas not safely accessible for people e.g., in rubble following disasters or incidents and detect life and, potentially, save people.

Migul, his classmate built a robot car with cameras, recording and movement. This was designed to go under trains to detect any defects or other issues. It could be controlled by a mobile phone, an App, or other device. 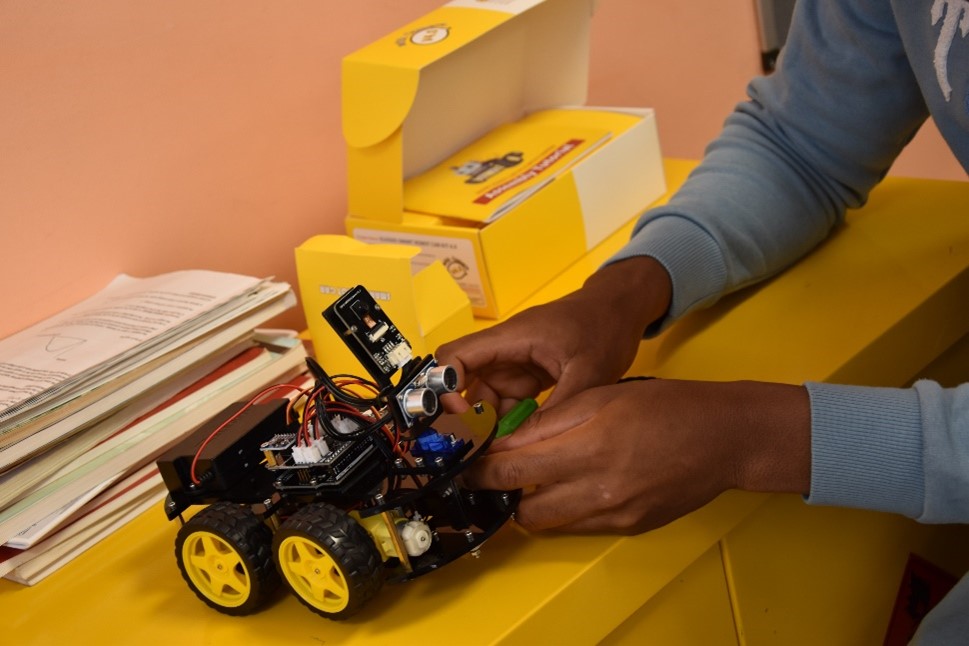 Students, Faisal and Rahul, showed us their invention; a key lock using a keypad code and an ID swipe for use on laptop trolley doors. This had the potential to replace keys and all users could have a unique code enabling access to be tracked thus enhancing security. This system could also be used for gates. The students were keen to mention further innovations they were working on which used fingerprints for tracking and access. 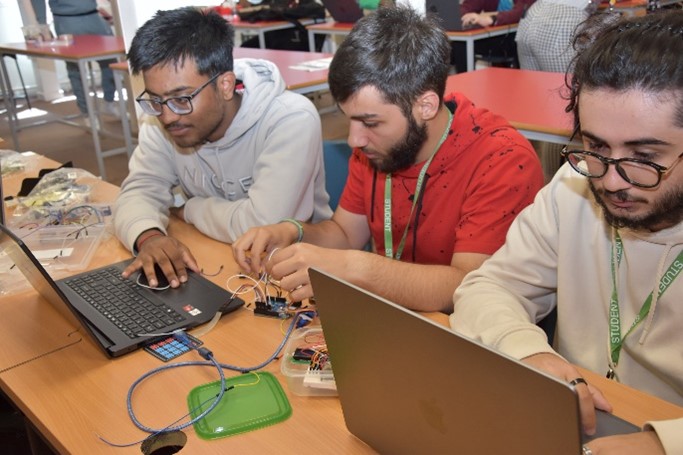 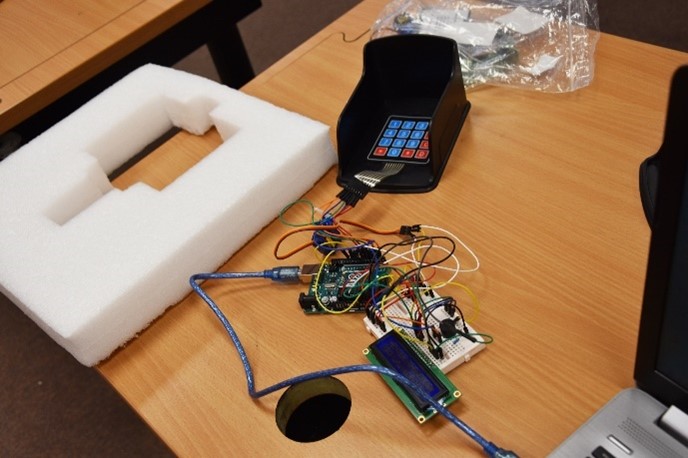