Following submission of a voice recording to Global Media and Entertainment, the largest commercial radio company in Europe, Stanmore College level 3 Forensic Science student, Rebecca Sumar, was chosen to be “the voice of Stanmore”.

Rebecca accompanied Director of Marketing, Attracta Rafter, and Graphic Designer, Minesh Ganesh, to Global’s headquarters in Leicester Square on Friday, 29th April. The trip had been organised by Global’s Senior Creative for the London Region, Tom Woods and the College’s Business Manager at Global, Carolina Malko. 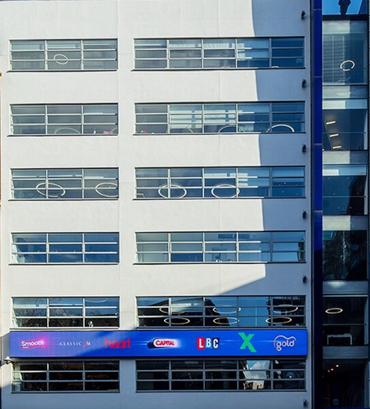 On reaching the home to the UK’s best loved radio stations including Heart, Capital, LBC, Capital XTRA, Capital Dance, Classic FM, Smooth, Radio X and Gold, the group was treated to a full tour and, in addition to seeing and hearing all of the radio stations perform live on air, they had the pleasure of meeting British singer, presenter, musician, model, businesswoman and former member of the pop group Hear’ Say, Mylene Klasse, and saw radio broadcaster, Toby Tarrant (son of Chris Tarrant) in action.

This was followed by a professional recording session in one of the highly utilised studios during which Rebecca’s voice was recorded for two Stanmore College radio and streaming channel adverts. Rebecca was a natural and the professionals at Global were very impressed by her talent and natural sounding broadcast voice not to mention her use of volume, warmth, depth of pitch, animation, tone, liveliness, and clarity of speech, all of which contributed towards her great ‘radio voice’. 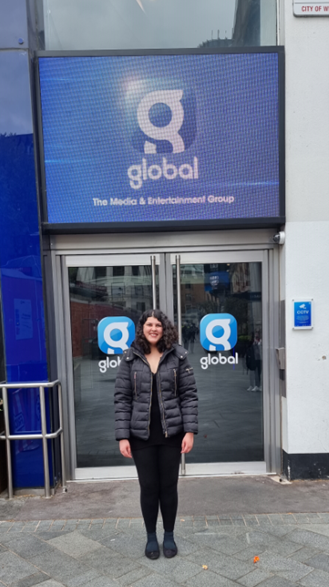 Minesh Ganesh also did the College proud with a radio voiceover and presented the message clearly and comfortably, also under the expertise and coaching of Global’s experienced and highly trained staff. Minesh quickly became au fait with the high-level technical equipment and displayed excellent control of breathing to ensure that no ‘gaspy in-breath’ pauses emerged between sentences. It is remarkable just how much is involved in broadcasting, however short the script!

Rebecca told us she enjoyed every minute of it and was delighted to have had the opportunity to do a professional radio voiceover in a commercial radio station. As part of the reward for having successfully auditioned and taken part, she also received an Amazon voucher appropriately entitled ‘you’re a star’ which Rebecca certainly is!

Don’t forget to listen out for these great radio adverts that are live across radio and streaming channels since 2nd May.