We are still enrolling Monday-Friday.

Once again, the journey was via Eurostar from London Kings Cross to Lille, and onwards to Douai, Harrow’s Twin Town in in Northern France.

The group was split between two hotels though very close to each other and with diligent staff in both, not just to support and guide students but also to ensure that high standards of behaviour were upheld. We are pleased to report that, yet again, our students showed the utmost decorum and respect. 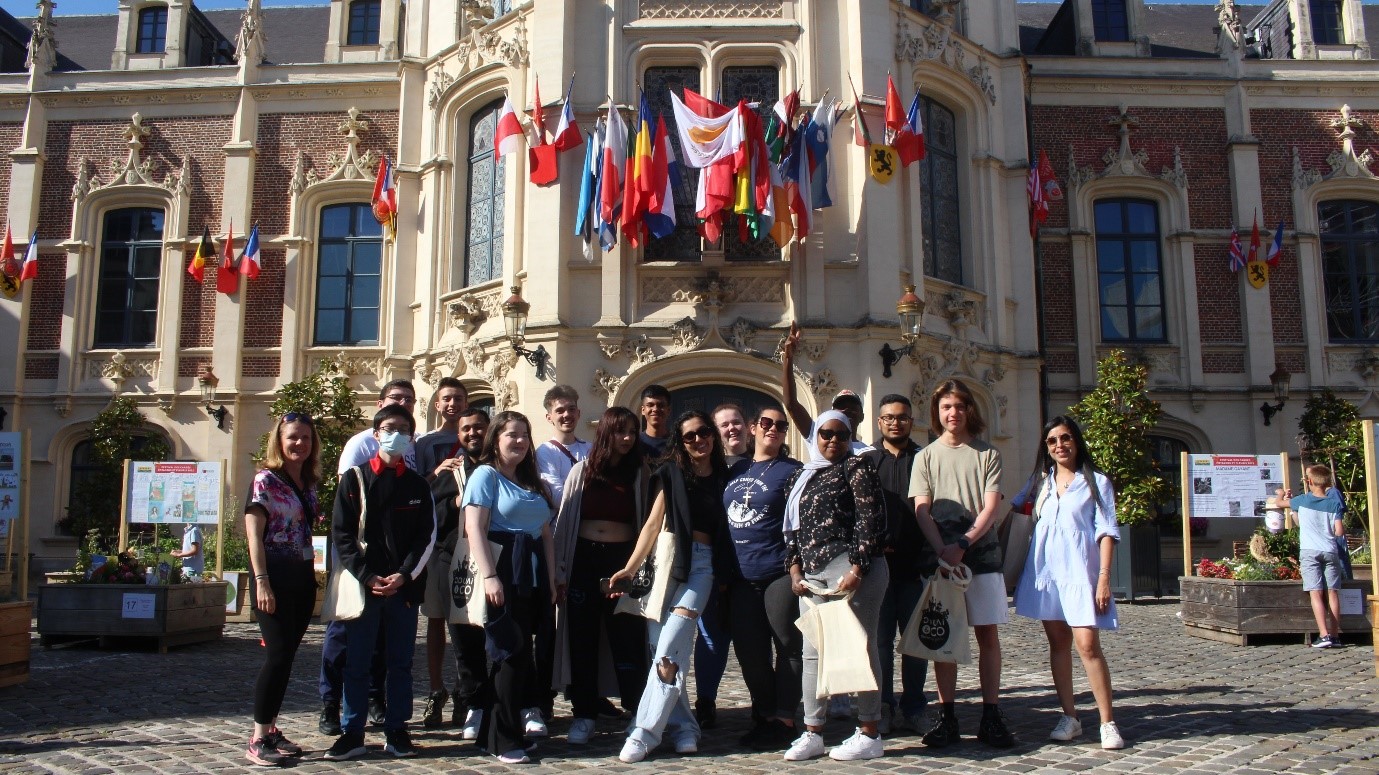 Tuesday began with a cooking demonstration delivered by the Lycée Rabelais School’s hospitality students, many of whom were now trained chefs. 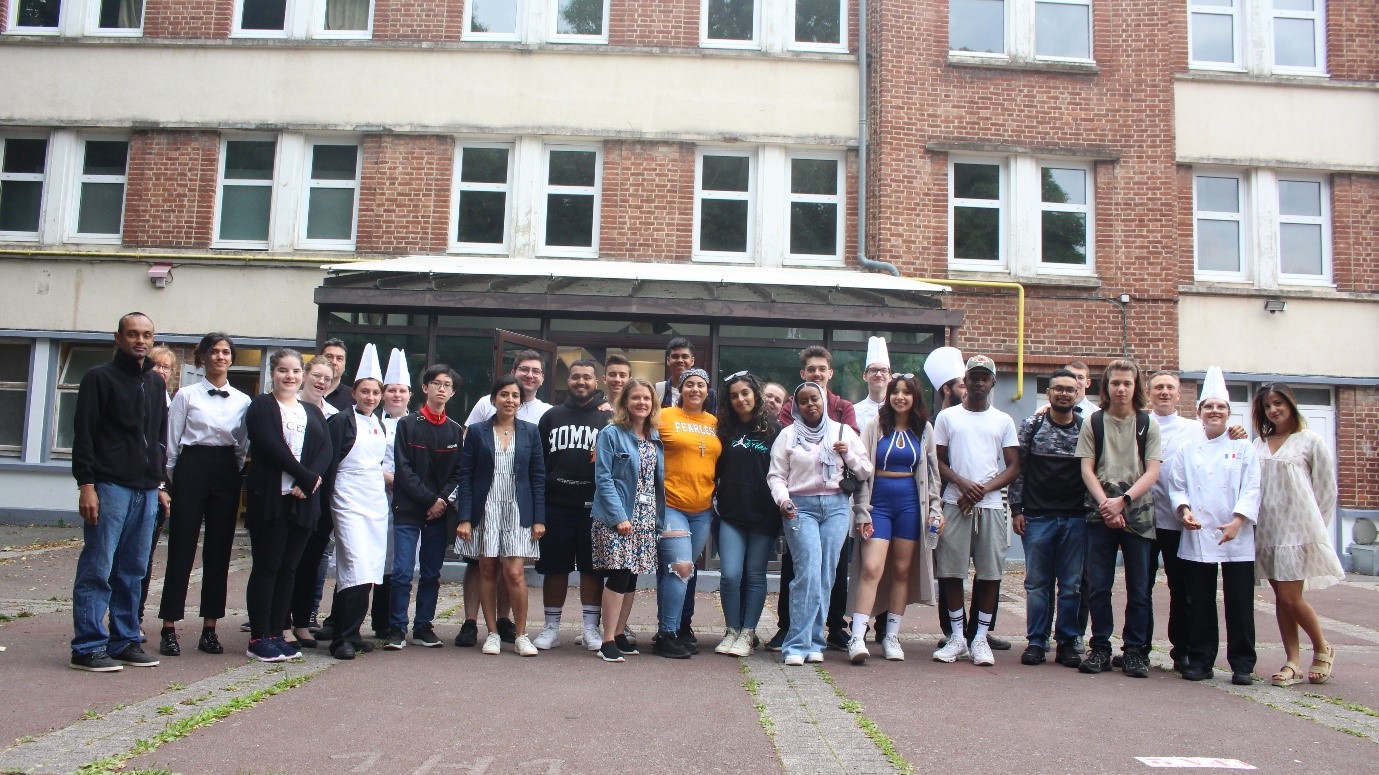 The French and British students ordered the freshly cooked food with our students tasked with reading menus and ordering in French and the French students communicating in English! 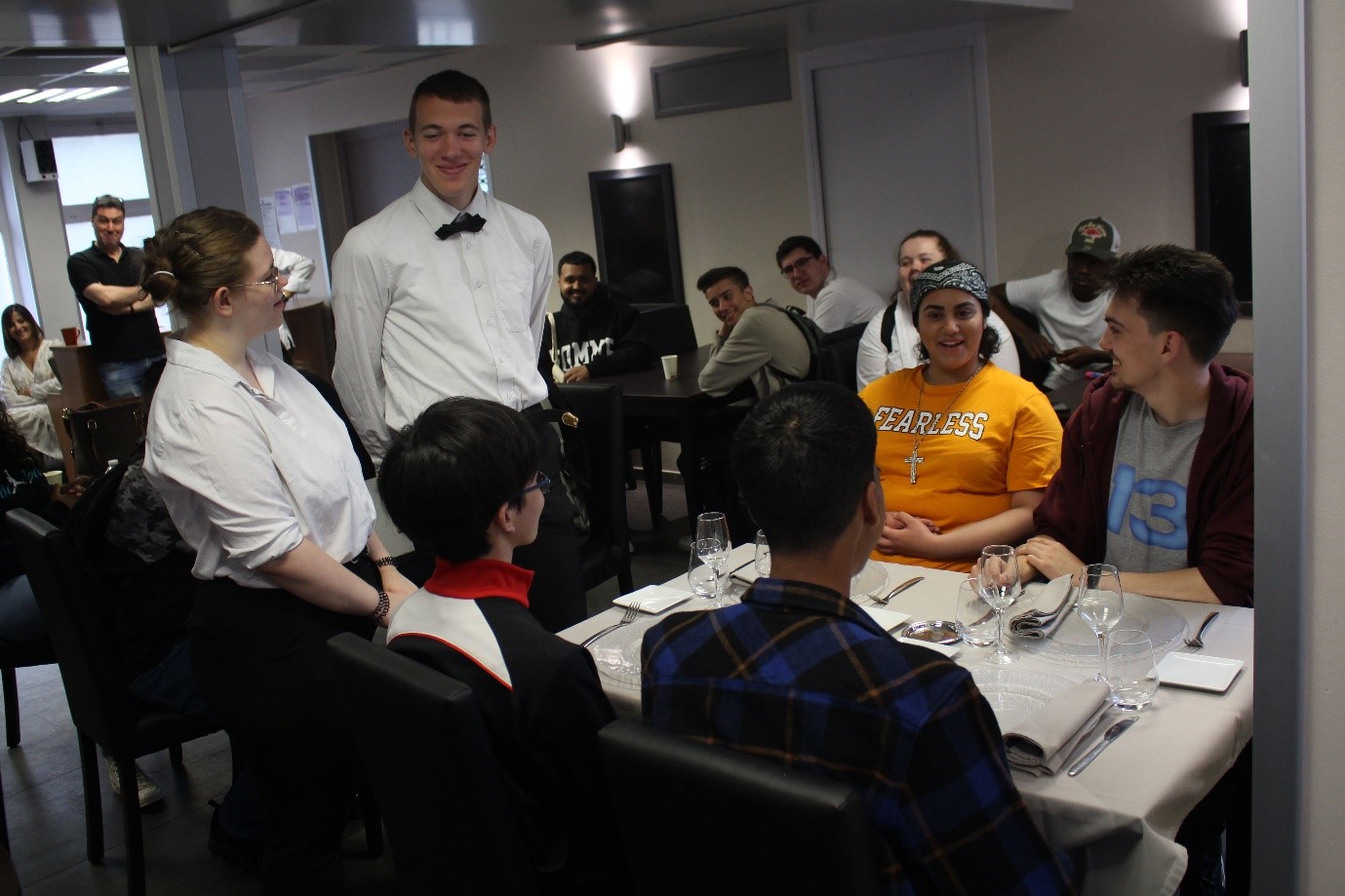 The school had excellent catering facilities simulating a professional restaurant and our students were told how they regularly invite guests to eat there, though by invitation only. 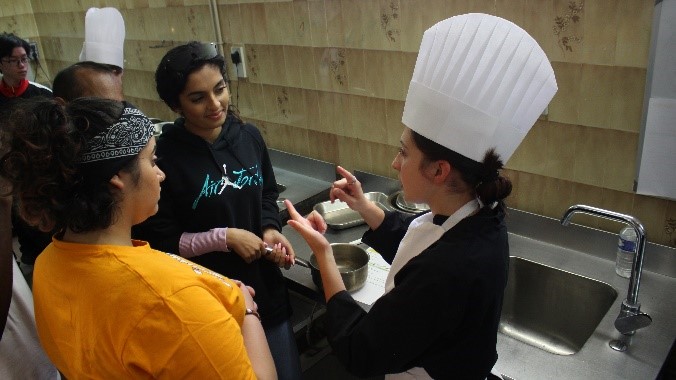 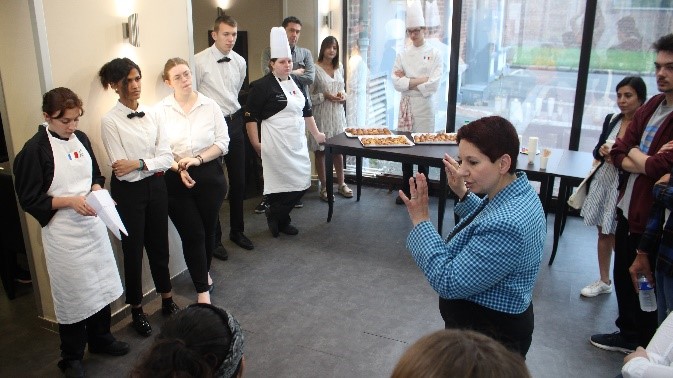 Stanmore College students were treated to a hands-on class where they made cocktails and choux pastries.

It wasn’t long before Stanmore Health and Social Care student (name) was displaying cookery skills her colleagues and teachers did not know she had; (name) works part-time in a restaurant in Wembley. 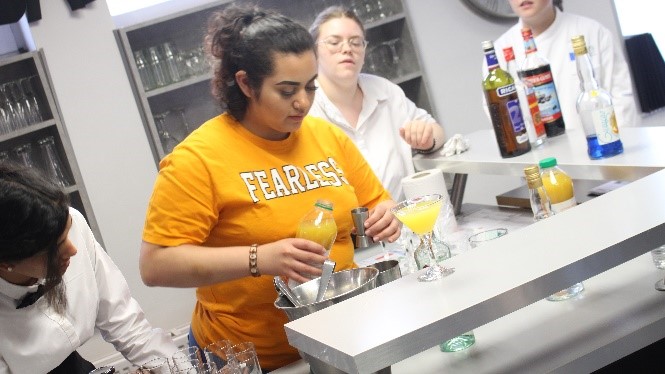 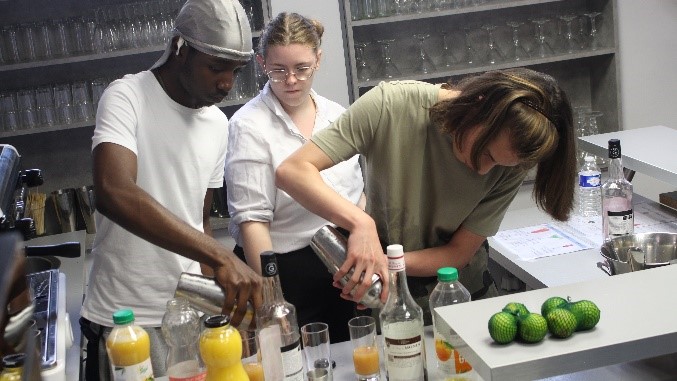 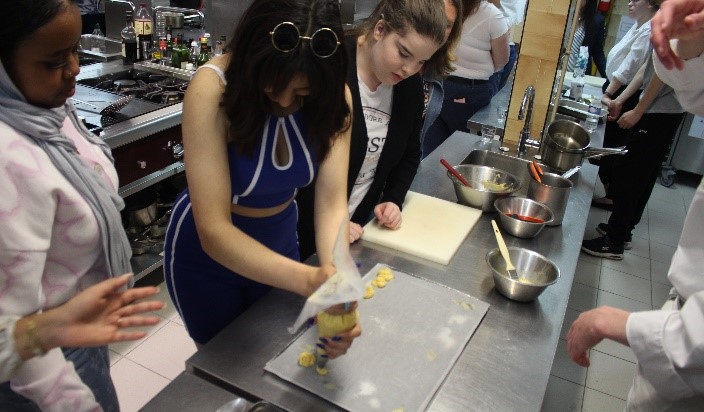 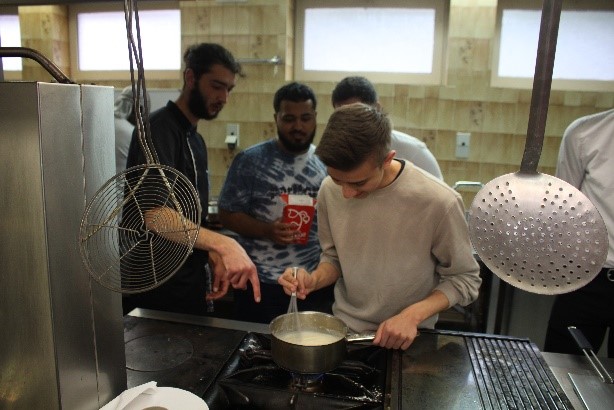 On Wednesday, Stanmore and Lycée Rabelais students participated in combined group exercises on day 3 collaborating in teams to find prizes on an organised treasure hunt in a beautiful park.

Laughter was plentiful as their competitive streaks encouraged them to attempt communication in both French and English to surpass the rival groups. 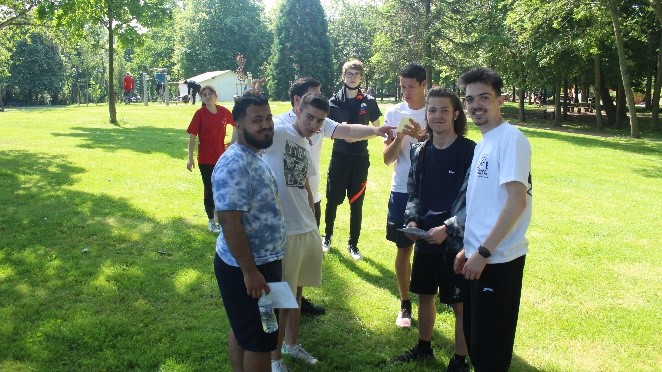 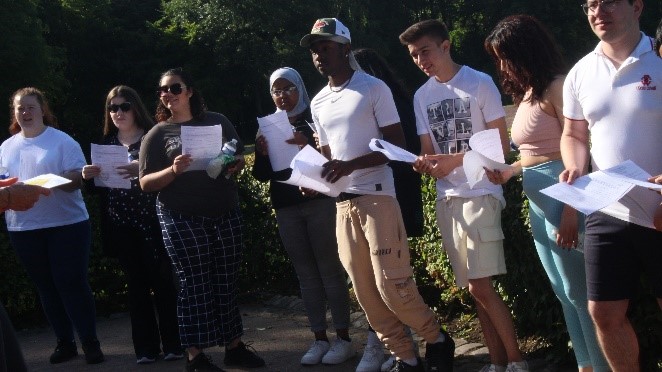 Having chosen a pizza lunch, their renewed energy enabled a guided walking tour of the town of Douai seeing its impressive landmarks and hearing the history behind them. 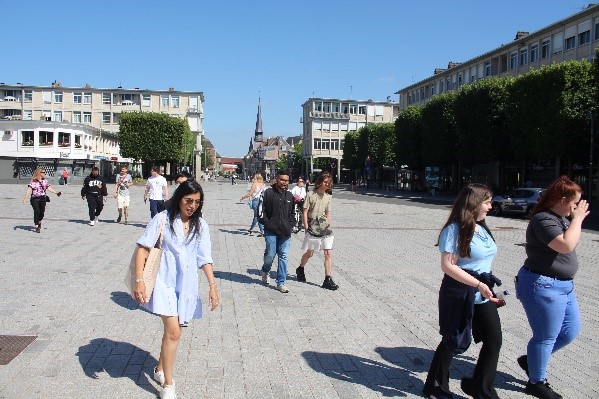 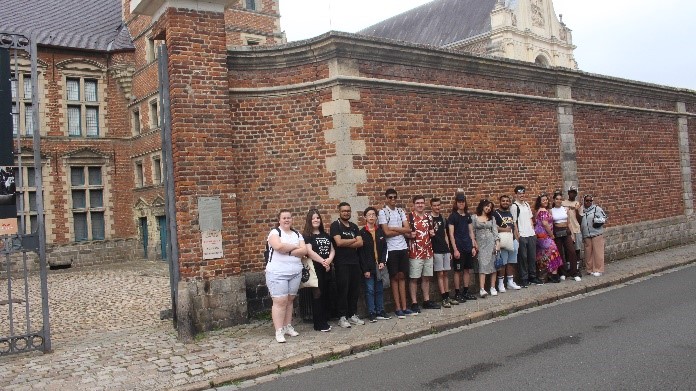 Thursday saw visits to Musée de la Chartreuse, an art museum located in Douai which is classified as a historical monument, formerly a Carthusian monastery. It is most to almost 10 000 works showing the development of European art from the Middle Ages to today.

The unenforced silence as students assimilated the exhibits conveyed their awe and admiration of the works of art; sometimes unspoken words convey a greater impact. 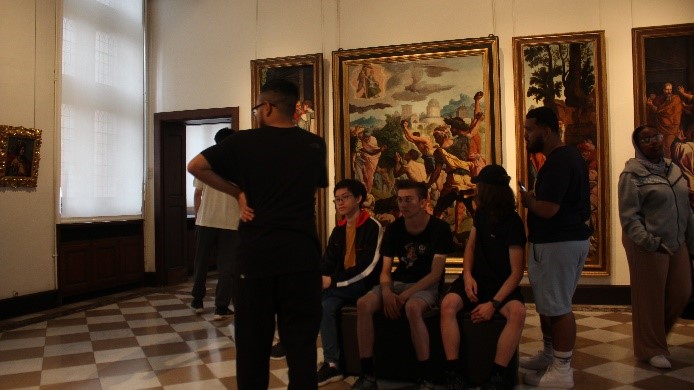 The museum occupies the rooms of a 16th century Renaissance building entirely of stone and brick and extends into an 18th century Flemish Renaissance and Carthusian church buildings. 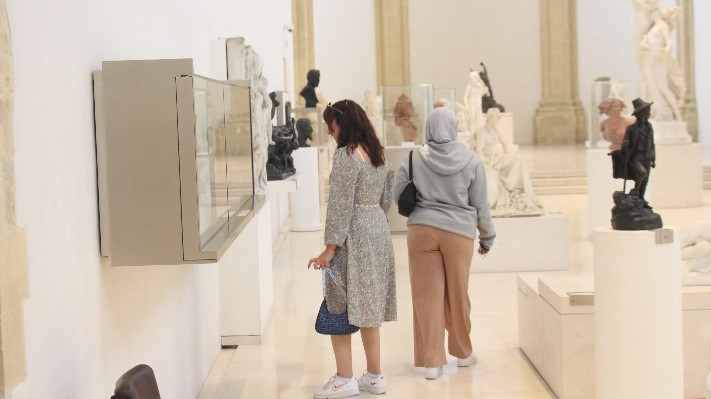 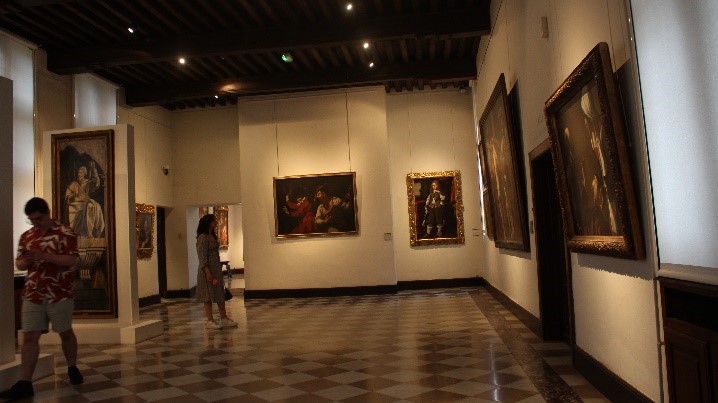