A member of Stanmore College’s Governing Body, Councillor Jean Lammiman, laid a wreath on behalf of the College. Councillor Lammiman reported that ceremony went off well, with good logistics, and the College is grateful to her for representing us all.

It was one hundred years ago, in 1921, that the Royal British Legion began selling Remembrance Poppies to raise funds for ex-service men. These red flowers are now ubiquitous throughout the nation and other Commonwealth countries, and they are symbolised by the poet and Canadian doctor, Lieutenant Colonel John McCrae, in the spring of 1915. He saw a friend killed in a battle in Ypres, Belgium, and he wrote his now famous poem “In Flanders Fields” after seeing poppies growing in the battle-scarred fields

In Flanders' fields the poppies blow Between the crosses, row on row, That mark our place: and in the sky The larks, still bravely singing, fly Scarce heard amid the guns below.

We are the dead. Short days ago We lived, felt dawn, saw sunset glow, Loved and were loved, and now we lie In Flanders' fields.

Take up our quarrel with the foe; To you from failing hands we throw The torch; be yours to hold it high, If ye break faith with us who die We shall not sleep, though poppies grow In Flanders' Fields. 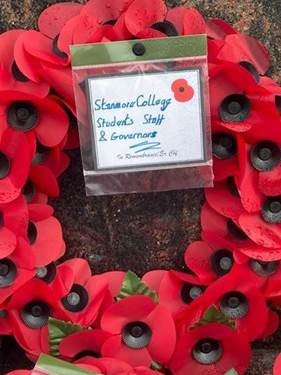 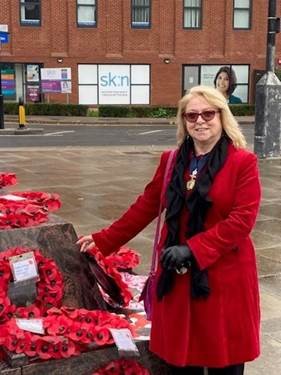