There’s no denying that the last year has been a difficult one for people of all ages due to Covid-19. For young people trying to learn and obtain qualifications that will affect their future careers it has been particularly hard and they have had to become self-disciplined and adopt new ways of learning and undergoing assessment. All of this can cause anxiety and stress and many young people may have found their motivation to learn dwindling. In an effort to inspire students and reignite their desire to succeed, Stanmore College held a Motivation Day on Wednesday, 31st March.

Steve Sallis, Author, Mindset and Leadership Mentor, works with Premier League clubs and people from all walks of life on mindset and motivation. Steve got students thinking about what a growth mindset really is; the importance of self-awareness and asking yourself if your future self will thank you for the decisions you make and what you do today. He emphasised “be aware of how you act and how you react and build resilience”. Students were reminded that there are things in life that they can control such as their attitude, how they treat people, their physical wellbeing, trying again after failure, surrounding themselves with positive people and many more choices.

Steve recalled having been told at school as a young eleven-year-old that he was stupid and would not amount to anything, yet with perseverance he proved his critics wrong, worked his way up in education and has always been involved with high level football, these days as a motivational coach. Students heard that successful people are not lucky; hard work lies behind it. Be kind to yourself especially if suffering with mental health, accept sadness when it happens but persevere, keep on trying and be aware of the ways you connect with other people. Everyone is important; he encouraged students to remember that, not to let ego take over, and to find out what they enjoy doing and work hard at doing well enough to make a living out of it. 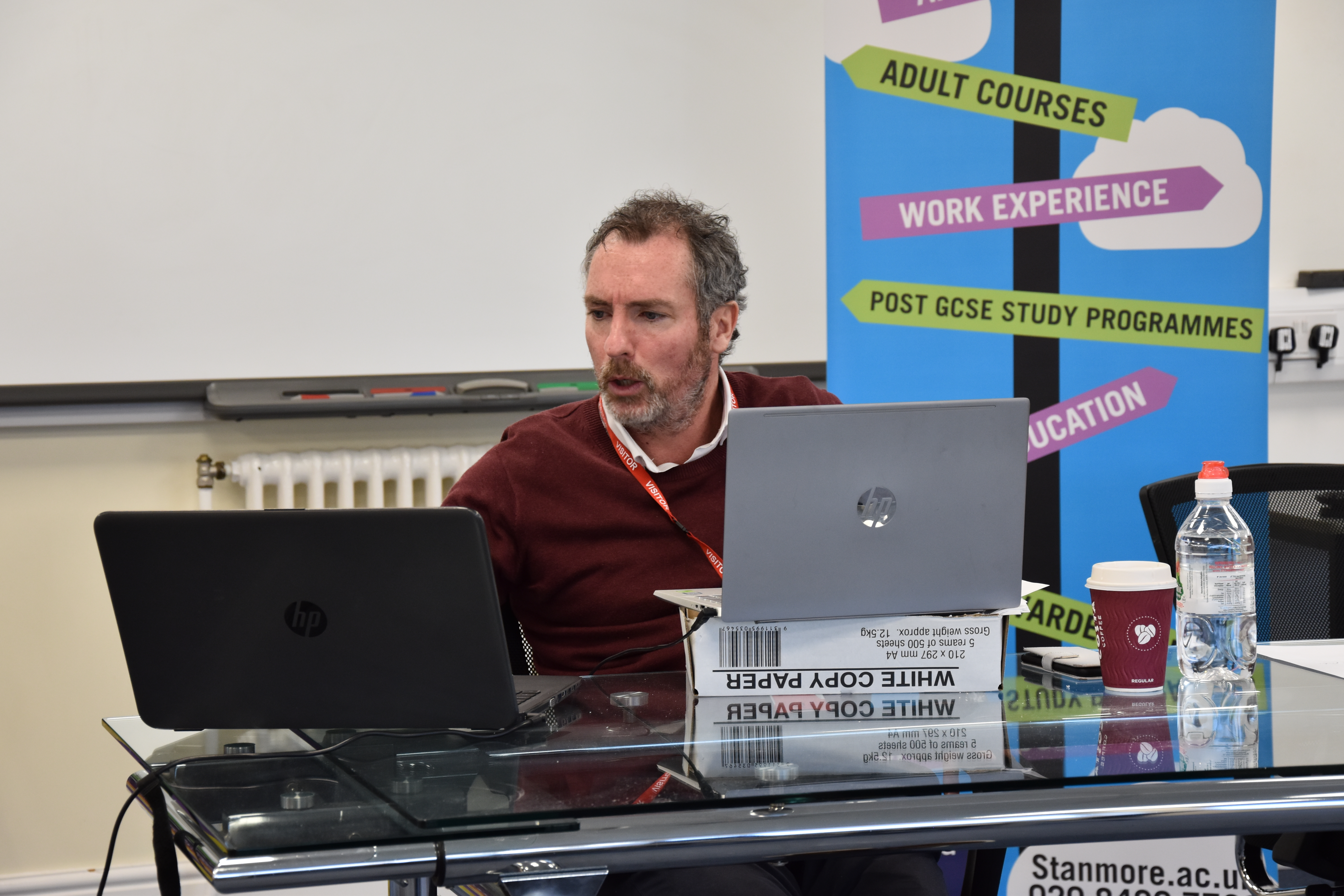 Student, Ashan, told us he had found Steve’s words interesting “it made me think about my skills and my personality and about setting a target and making plans for my future. It also provided ideas on enhancing my ability and knowledge”. I.T. student, Castro, said it had been very motivational and “allowing students to interact was a great idea, I contributed in the discussions”. Another student, Britney commented “He talked to students about our future selves and how making small changes will allow us to see the improvements we seek, very informative.”

Vanessa Caines of Swansea University delivered a session on going to university; students decide to go to university for a variety of reasons as well as qualifications. Some seek the experience, some really want to make new friends and others to try living away from home. She spoke of the things to look out for when choosing a university such as location and transport links, facilities, different types of degrees; combined degrees, sandwich courses and masters combined with degrees and researching to choose the one that suits you. Second year level 3 student, Parindiya, commented that, as a student in the final year of college, the seminar was really useful.

Barjis Chohan, entrepreneur and founder of an award-winning design company spoke of breaking the mould and overcoming barriers to succeed. Student, Admir, told us “it helped me understand how business works and how to make a profit. Barjis made me feel comfortable and I understood her”. Another student, Nabeel, commented “we learned how you can study and focus on religion at the same time”. 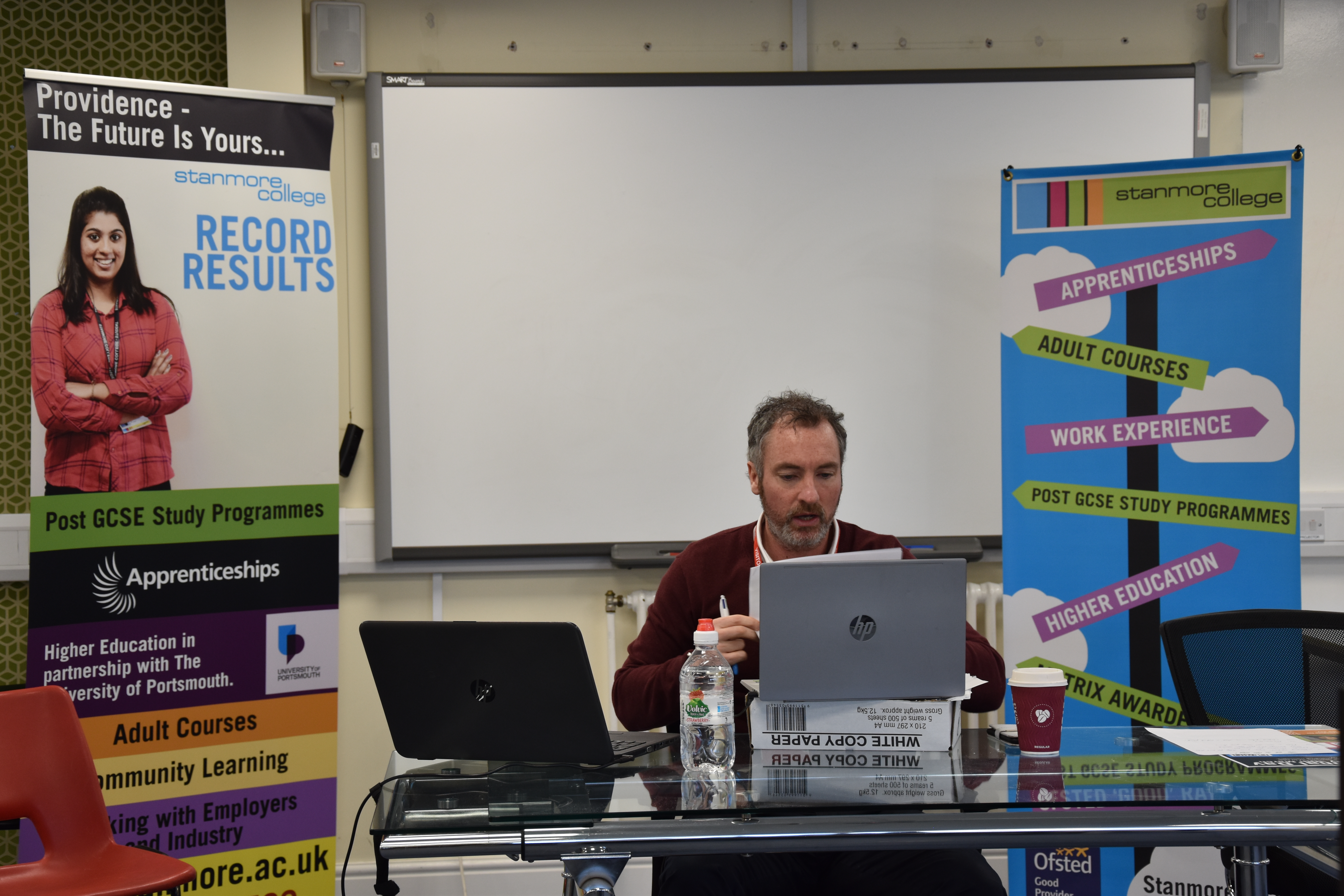